Air pollution in Skopje: how citizens spurred policymakers towards the change 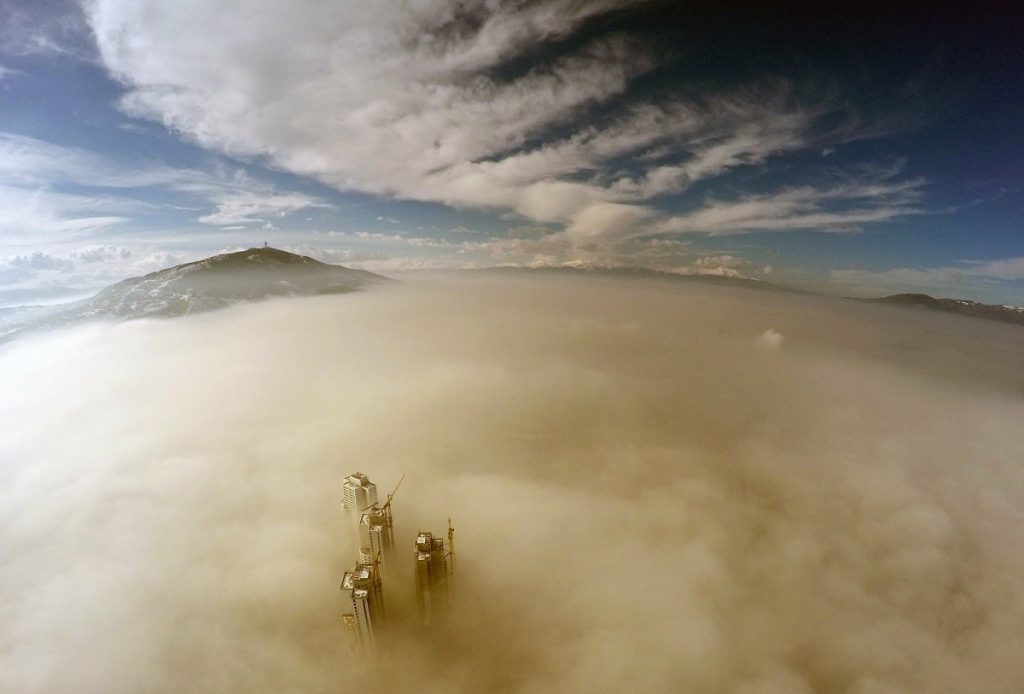 The air in Skopje, North Macedonia, is one of the most polluted in the world because of the city’s natural position and people's reliance on fossil fuels. However, over recent years, many citizens have started demonstrating against this plague, pushing policymakers to follow their new will

North Macedonia is one of the countries most affected by air pollution in the world and the rate of premature deaths is higher than in most EU States. Every year 2,574 people die prematurely as a direct result of air pollution, reports BreatheLife, a joint campaign by the World Health Organisation, UN Environment and the Climate and Clean Air Coalition (CCAC).

Among the pollutants is the combustion particle PM2.5. In Skopje, its concentration is 4.5 times higher than the WHO recommendations of below 10 micrograms of particles per cubic metre of air (µg/m3). And in Tetovo it is even 8.1 times higher than the healthy threshold. Moreover, the current low temperatures are making the situation worse, because of the emissions resulting from the use of fossil fuels for heating buildings.

The mayor of Skopje, Petre Shilegov confirmed that around 60,000 households use low-quality wood and coal for heating, reported the local news agency Makfax. Citizens use even textiles, plastics and waste to heat their homes because of the lack of a reliable gas supply and the high cost of electricity.

The average low income (minimum salary is 260 euros), and energy poverty are just two of the issues making Skopje such a polluted city. Another reason is its natural position, as the capital of North Macedonia is located in a valley surrounded by mountains that trap the fog. The situation is further complicated by a temperature inversion, a natural phenomenon which causes warm air to remain above cool air and which contributes to the greenhouse effect.

In 2015, when he was only 22, Gorjan Jovanovski, created an innovative web and mobile app called Moj Vozduh, or AirCare in its English version. He was a young engineering student trying to learn how to make applications for Android, when he stumbled upon the open data about air pollution on the government’s website.

He was shocked when he downloaded and analysed it: “Air pollution in my country was 20 times over the EU limit and four times more than in Beijing. We were suffocating, the data was public but no one was talking about it,” he says.

Gorjan then decided to provide this information using explicative graphics, something everyone could easily understand. Soon many citizens started calling on the national and local authorities to deal with the emergency.

Several demonstrations have taken place to ask for a significant change of pace. The app obtains data from monitoring stations around the country. Its creator is looking to use satellite information from the European Space Agency and NASA as well.

Even if it was originally designed for ordinary people, today it is also used by scientists and politicians. Currently there are over 100,000 downloads from the Google and Apple stores just in the Balkan area; the app has also received several awards for social innovation.

Gorjan says: “We need to start focusing all efforts and money into solving the air pollution problem. Constant public monitoring of the industry is the first step, to prove how much they play a role in this. Banning old cars while improving public transport is step two, and helping citizens move to cleaner heating methods. Plus, we have a lot of waste burning in the cities and too few inspectors to monitor it.”

The problem leads to increases in medical spending and drops in work productivity, thus hampering economic growth. For the first time the government allocated more than 1.5 million euro in the 2019 budget to fund air quality improvement measures. But activists say that they still don’t see actual improvements.

Elena Gjeorgievska is a member of the community Skopje Smog Alarm, which was born on the wave of the eco-movement boosted by the Gorjan’s app. It has reached more than 23,000 followers on Facebook. She says: “It’s well known that pollution is a main trigger for votes, and this was especially the case during the last campaigns. These days we have a meeting with the President of the Republic and we are demanding action, immediate action. We are not accepting any more excuses.”

The activists fear that Skopje will soon become a ghost city. Elena says: “Young people are moving out of the country because of poor living conditions, but also because they are afraid of living in hazardous cities with polluted air. Skopje pollutes as much between the start of January to mid-February as EU standards allow for the whole year.”

Despite this situation, at the end of 2018 mayor Petre Shilegov announced that Skopje was officially competing to be the European Green Capital 2021, stressing that the EU was recognising Macedonia’s results and efforts to improve the environment and quality of life. Finally, the winner was Lahti, in Finland. 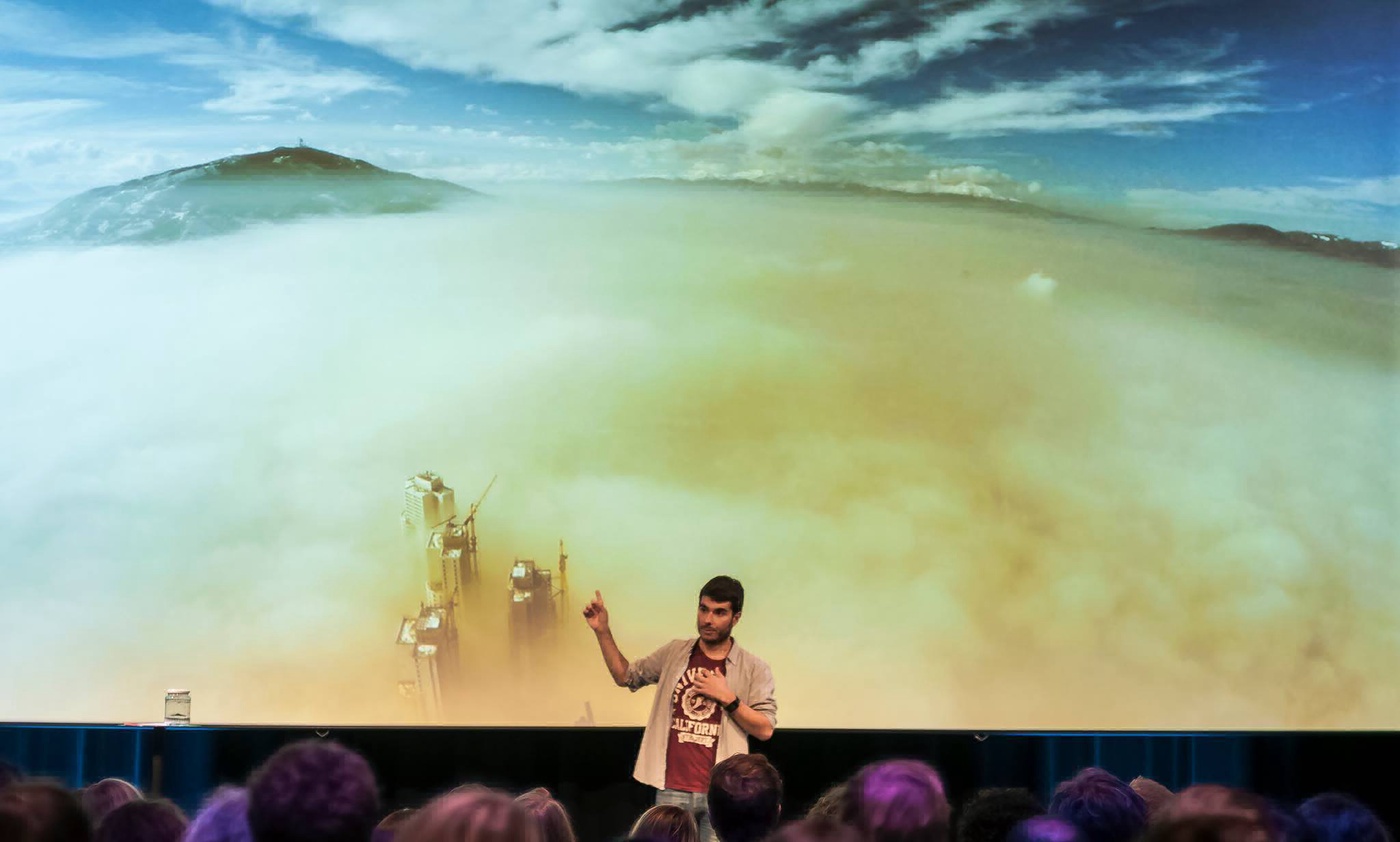 However, Lovren Markic, head of International Cooperation Department in Skopje Municipality, claims that the pollution level in the capital is slowly improving. He outlines the initiatives in the pipeline: “Speaking about short-term solutions, we give subsidies for cleaning chimneys, for buying bicycles, electric scooters. We have set up new charging points and free parking for electric vehicles, and limited the transport of goods in the central city area. We have procured 33 new compressed natural gas (CNG) buses for the public transport company. Winter is coming and, in the event of a pollution peak, we will provide free public transport, and we are planning a much more frequent street cleaning. We are increasing the green spaces (in 2018 we created 50% more of green spaces compared to the previous year), we are implementing the first green roof in the country of about 1.800 m2 on a city shopping mall.”

Skopje is also one of “follower cities” of the smart city project MatchUP, which means that it will try to replicate intelligent solutions in the energy, mobility and ICT sectors that are currently being tested in three ‘lighthouse cities”: Dresden in Germany, Valencia in Spain and Antalya in Turkey.

Lovren Markic adds: “With the help of this EU project, in the following two years we should be able to draw up a Sustainable Energy and Climate Plan [SECAP: it includes a risk-and-vulnerability assessment of the effects of climate change and the key actions to fight it, ed. note]. Moreover, we found the way to enter houses or private factories legally – in the past it was not permitted – which have a questionable behaviour on pollution. We are forming new city inspectors just to this target.”

“Skopje is a sprawling city (25 km East/West and 8 km North/South), so we are working on establishing a new mass public transport system with around 100 million euro budget promised by the central government in order to introduce light tramways, buses rapid transit (BRT), electric or hybrid megabuses. We should finish this by the end of 2021.”

“Another big project is to create a municipal City Energy System (GES) public enterprise to manage and connect the three current networks and operators, and invest municipal money in district heating. We would like to give the citizens central heating with natural gas, and not only funds to substitute old stoves or to buy electrical inverters.”

Seeing is believing: Lovren Markic says that people can check how the situation is changing in Skopje through the app AirCare. This is quite meaningful since the tool can keep count of politicians’ unfulfilled promises.

By Loredana Pianta and Alessandro Ajres