Successful stress test of the e-charging infrastructure in Dresden 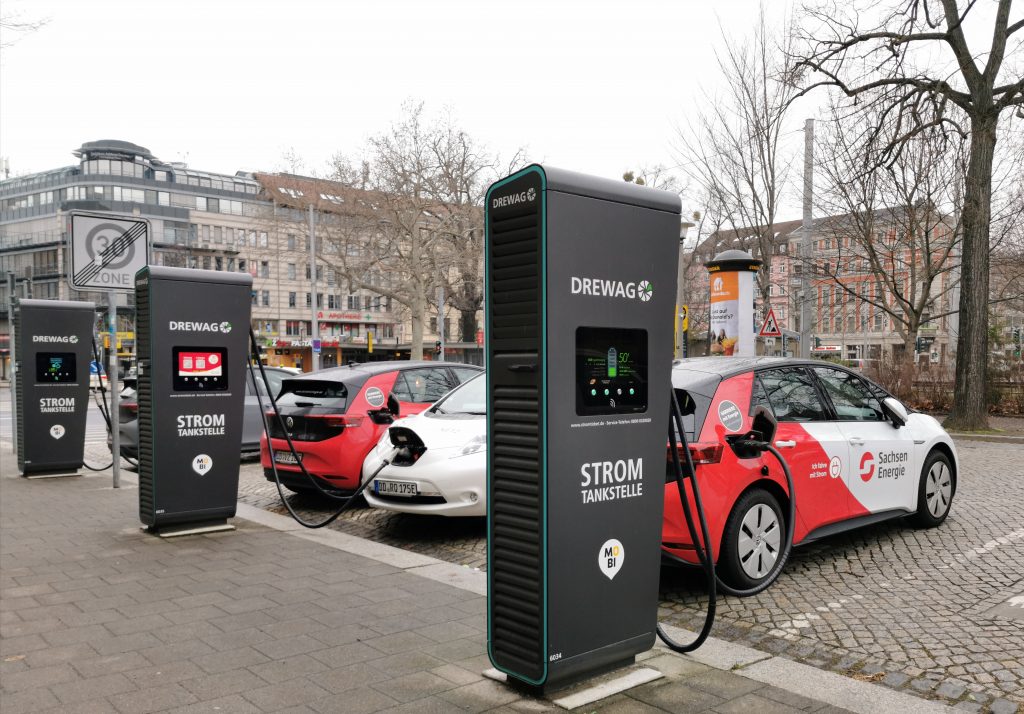 SachsenEnergie subjected the charging infrastructure at the multimodal mobility hub (MOBIpunkt) at Fetscherplatz to a stress test, with succes.

Fetscherplatz, Wednesday, on 17th March –  Three fast-charging e-vehicles were connected to the charging stations at the same time and fully charged within 45 minutes. The rapid charging of electric vehicles causes high load peaks – a challenge for the power grids. The charging infrastructure at Fetscherplatz offers DC high power charging with up to 3*150 kW.

The special feature of the MOBIpunkt at the Fetscherplatz interchange and mobility hub is the 240 kWh battery storage system, which is being studied in detail by SachsenEnergie as part of the EU-funded MAtchUP project and thus forms a basis for the future of e-mobility in Dresden and Saxony. If the innovative storage system proves to be a success, the technology could also be considered for other locations and pave the way for a “smart city”.

During the test, mobile measuring devices recorded various current and voltage values as well as parameters for assessing grid feedback. Measurements were taken directly at the connection of the charging stations and at the outlets to the downstream power grid. “Our installed fast-charging infrastructure is supplied via two routes – our low-voltage grid and, in the event of peak demand, additionally from our high-performance battery storage system”, explains Alexander Haidan, MatchUP project manager at SachsenEnergie. “In this way, the electricity grid is relieved because the battery storage can be recharged at a later time. During the test, we examined the interaction of the system, consisting of the grid, storage, charging point and electric vehicle. This will allow us to create more precise load profiles and load forecasts in the future to enable targeted control of grid usage during charging processes,” Haidan continues.

The Fraunhofer Institute for Transport and Infrastructure Systems IVI and the Technical University of Dresden were involved in the test event. The Sächsische Energieagentur – SAENA GmbH provided one of the required vehicles from its fleet in order to achieve a sufficiently high charging capacity.

The test was successful and confirmed that the storage system relieves the load on the grid as intended if several vehicles are charging at the same time. All the necessary measurement data was collected. The employees of the group of companies are now evaluating them to see if the use of the storage system can be optimised. Three fast charging stations, each with two charging points, are currently equipped with a battery storage system for peak load capping.

The test has proven that Dresden is well equipped for the requirements of e-mobility with a stable fast-charging structure. The further expansion is oriented towards the advancing demand for electric vehicles in the region.

By the end of 2020, the corporate group SachsenEnergie has already set up 158 level 2AC charging points and 94 fast and high power DC charging points in Dresden. This means that the coverage by charging infrastructure in the greater Dresden area also meets the growing requirements for public charging infrastructure.
A smaller storage facility was built in Reisewitzer Straße in the Dresden district of Löbtau and another project related to storage technologies is currently in the planning stage. With its experience and expertise, SachsenEnergie is at the forefront of the trend towards sustainable mobility solutions.

You can watch the video realised by SachsenEnergie and read the original news, both in German.