The renaissance of the Kepez Santral district in Antalya as a green, hi-tech neighbourhood with energy-efficient homes is symbolic of the Turkish city’s decision to embrace smart solutions for a sustainable future, enhancing the quality of life for residents and visitors alike.

Antalya lies on the southwest coast of Turkey, with its beaches and mountains proving popular with tourists from far and wide, but it’s also home to 2.5 million people.

The Turkish city of Antalya, on the country’s southwest coast, is perhaps best known internationally as a holiday destination. But as one of Turkey’s largest cities, Antalya is home to around 2.5 million people, and is a major centre of industry, agriculture and employment.

Antalya enjoys a rich cultural, historical and ecological heritage, from both its maritime traditions and its location at the foot of the Taurus mountains. But it’s also a forward-looking, dynamic urban area with ambitions to lead the transition towards a greener, more sustainable economy in Turkey and throughout the Mediterranean region.

The Kepez Santral neighbourhood is at the heart of Antalya’s transformation. It serves as a model for creating a smart city from scratch, providing integrated, sustainable solutions to 80,000 residents. 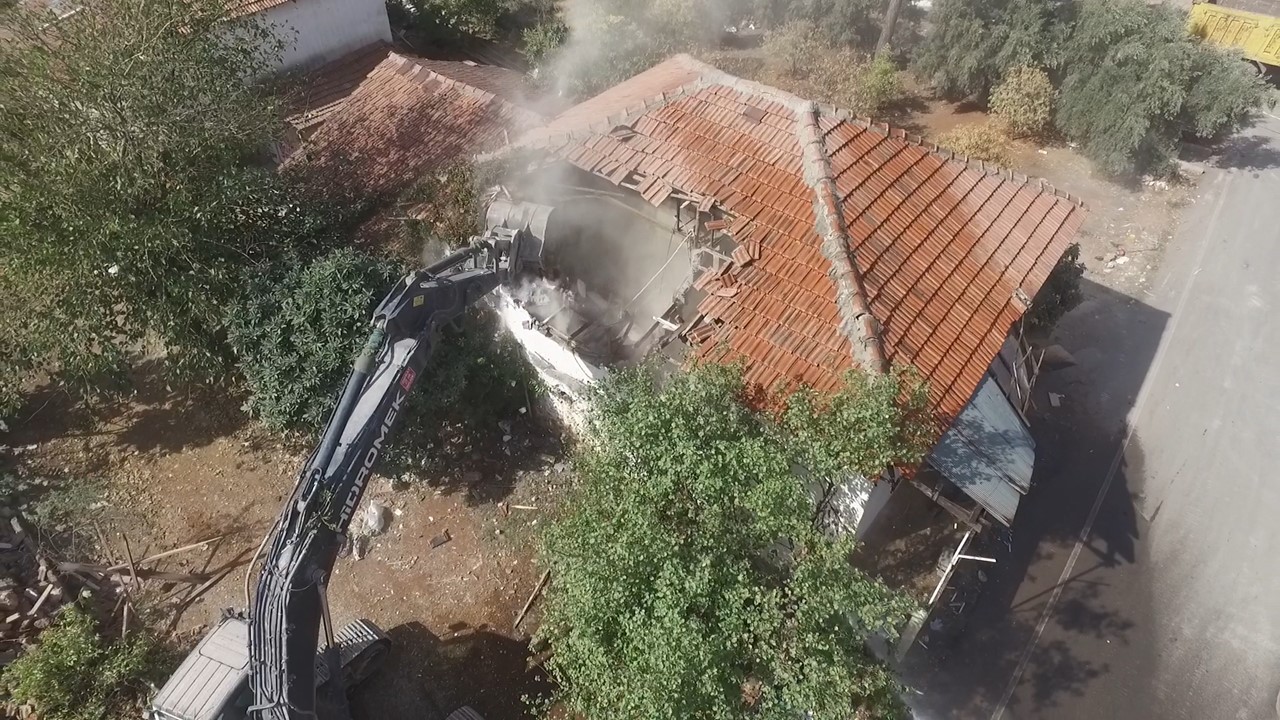 The Kepez Santral neighbourhood had developed in an unplanned manner, and was considered vulnerable to the effects of the regular earthquakes and tremors in the region. The decision was therefore taken to demolish the district and create a smart city from scratch.

In common with many large cities around the world, Antalya faces the dual challenge of enhancing the quality of life and liveability of the city while preserving the attractiveness of the environment that serves as the basis for much of its economy.

Antalya is one of three lighthouse cities in MAtchUP, an EU research project that seeks to develop a suite of sustainable solutions for the residents of the Kepez Santral district.

The urban landscape in Antalya is always changing, and from the outset the project earmarked this district for change – specifically because Antalya is prone to earthquakes. Unplanned and haphazard building in these areas had exacerbated the risk to people and buildings from seismic events, and was preventing the authorities from implementing measures to improve the quality of life in the neighbourhood. The decision was therefore taken to demolish and rebuild the district. 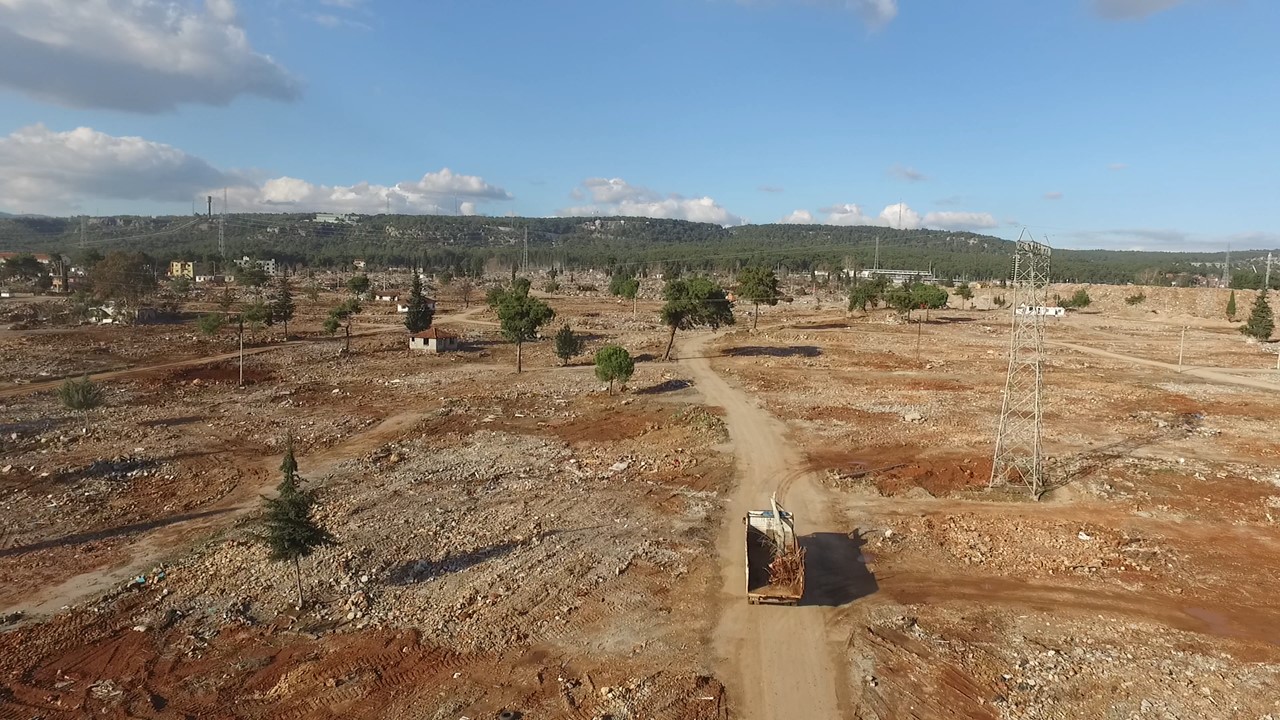 Clearing the old neighbourhood took many months of work, but it was done with the consent of the local community, which was fully involved in the decisions taken about the neighbourhood’s future.

Prior to being listed for demolition, the 1.3 million m2 Kepez Santral district was home to 14,000 people. The reconstruction of the area, which was carried out with the consent of the residents, enabled Antalya’s urban planners to consider how to create a vibrant, innovative and attractive neighbourhood that could serve as an incubator of smart-city ideas.

The municipality drew up plans for an urban zone that would eventually be home to around 80,000 people in publicly-owned, earthquake-resistant, modern high-rise accommodation.

In keeping with the principle of integration and self-sustainable communities that underpins the smart-city concept, the master plan encapsulated a comprehensive provision of services including schools, clinics, a major hospital, a shopping mall, a cultural centre, a youth centre and a museum. 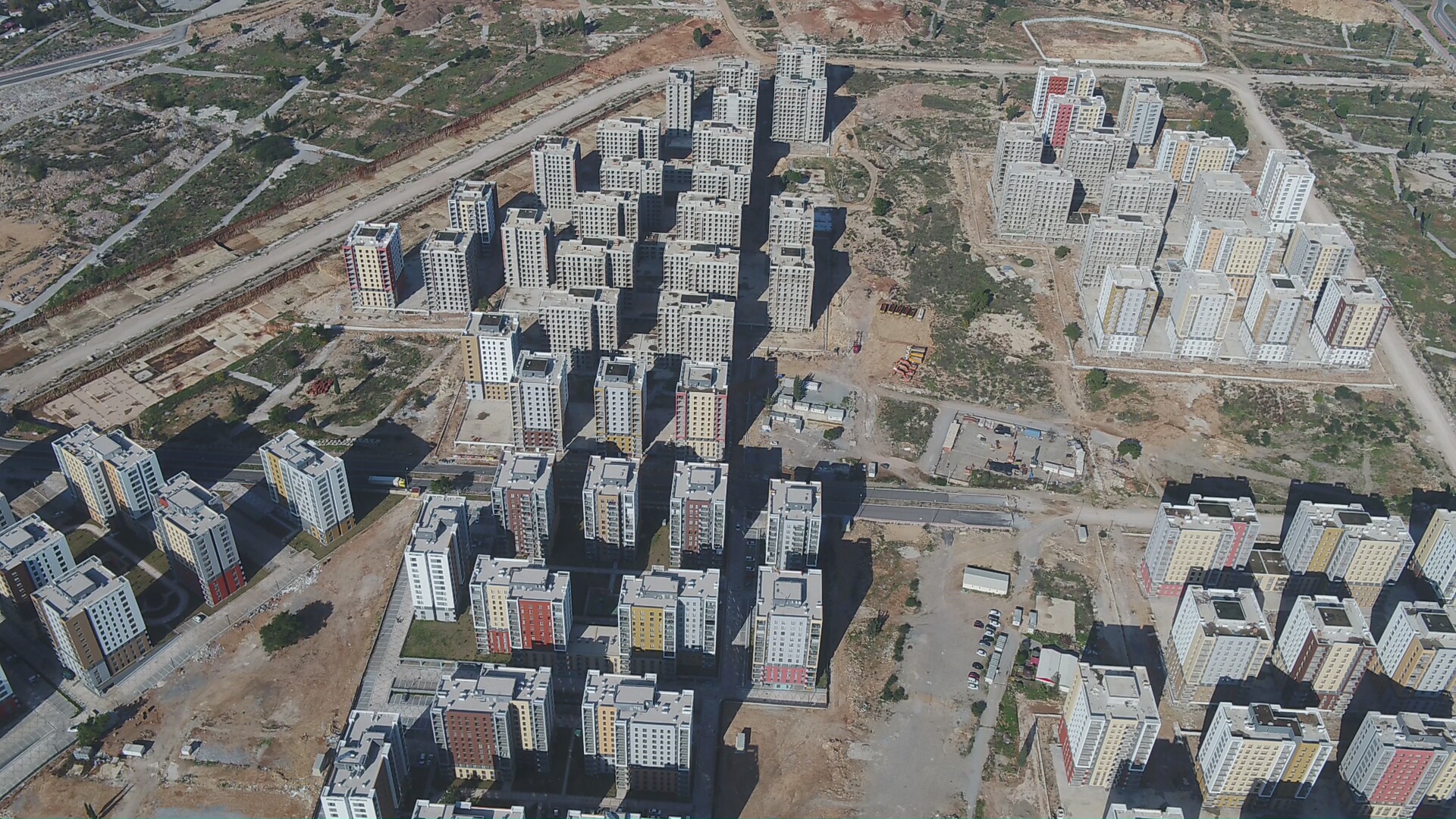 Once the demolition and initial landscaping was done, construction of the modern, energy-efficient high-rise blocks began in earnest.

Antalya’s urban challenges are similar to those of many other urban areas in the Mediterranean region. Climate change is driving up temperatures throughout the year, which increases demand for air-conditioning. And over the summer months, the city’s population quadruples as tourists arrive from within Turkey and further afield. The environmental effect of this influx is substantial, with demand for energy increasing dramatically between April and October.

It was therefore imperative for the planners behind the Kepez Santral district’s renewal to make the area’s new high-rise blocks as energy-efficient and insulated as possible, to limit the effects of the summer heat and to reduce the need for energy-hungry cooling systems. 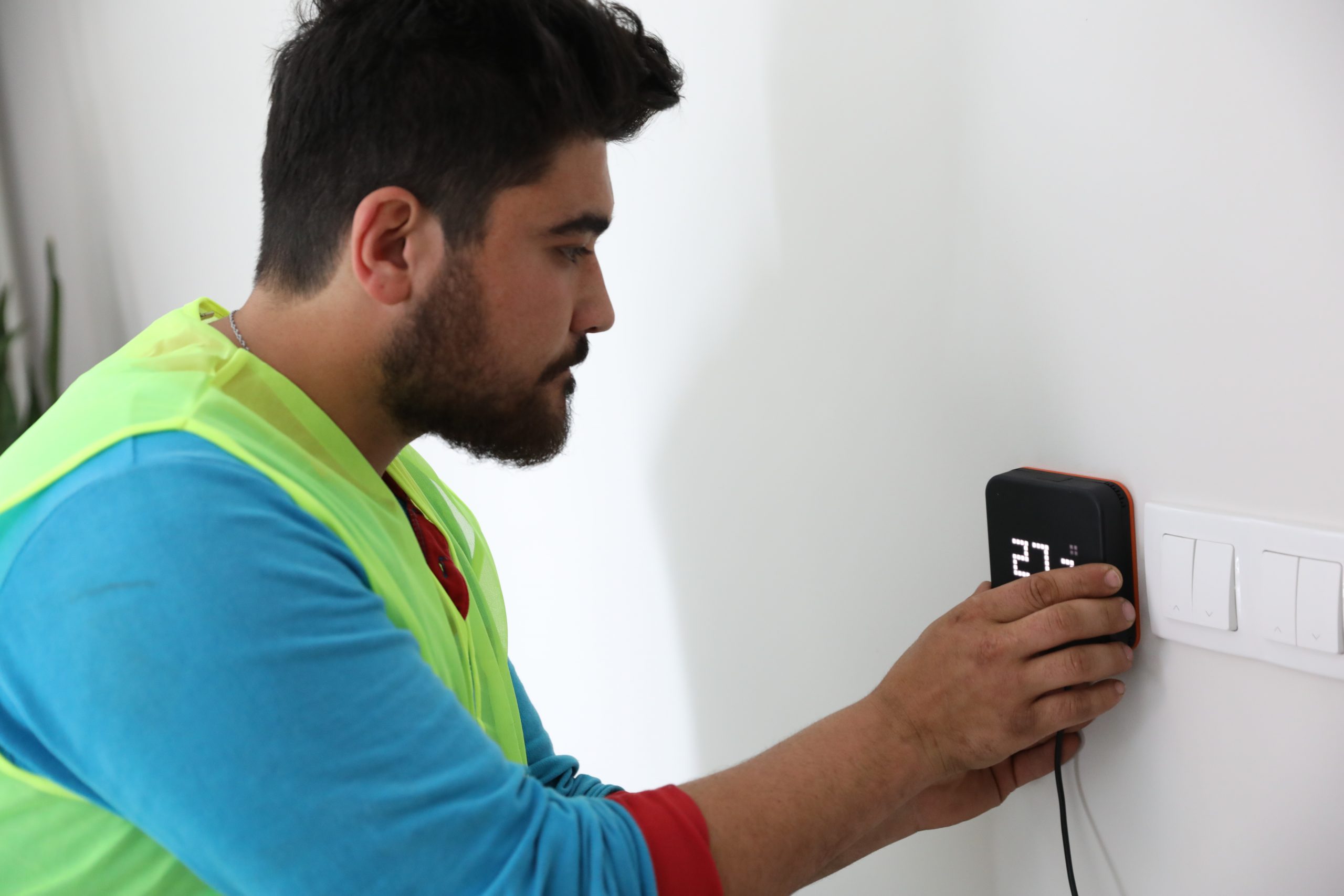 Empowering citizens to place themselves at the heart of sustainability efforts is an integral part of the smart-city philosophy. As the new apartment blocks began to take shape, technicians were on hand to fit smart meters to each residence.

The smart meters measure consumption in real time, can respond to changes in grid pressure in the wider neighbourhood and can provide information to residents about price fluctuations. This encourages them to use electricity in the most cost-effective way. Combined with the emphasis on well-insulated, energy-efficient construction, these homes will be at the vanguard of Antalya’s transformation into a hi-tech, connected and integrated city.

Other innovations used in the apartments to cut energy and water use include sensors for water leakage, movement sensors, smart switches and humidity detectors.

The new residential blocks include the latest technological innovations, such as high-performance air conditioning and low-energy lighting.

The new residential buildings in the Kepez Santral district are characterised by deployment of the latest construction technologies. Materials, insulation and glazing work together to maintain internal temperatures at manageable levels, while energy-efficient lighting and high-performance heating, ventilation and air-conditioning systems complement the development’s sustainability.

Antalya’s approach throughout has been to align this new construction with European Union standards, specifically the Buildings Energy Performance regulation. 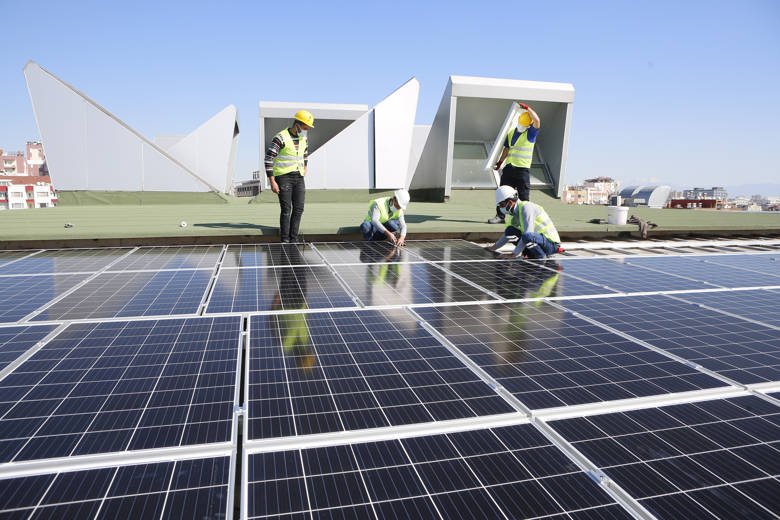 Antalya is a city blessed with sunshine. City authorities are exploiting this to the full by mainstreaming photovoltaic panel use throughout the city.

Antalya benefits from almost 3,000 hours of sunshine annually, which offers the city a vast pool of photovoltaic energy potential from which to create the electricity to power the city – not only in Kepez Santral but throughout the urban area.

As part of its participation in the MAtchUP project, Antalya is integrating solar panels into the transportation hub in Kepez Santral, which is expected to generate 552 MWh annually for charging stations for electric cars, scooters and e-bikes – thus greatly enhancing Kepez Santral’s connectivity with the rest of Antalya and promoting smart mobility.

Additionally, a first-of-its kind solar energy power plant will offer the Antalya municipality the opportunity to store renewable energy as well as to produce it. 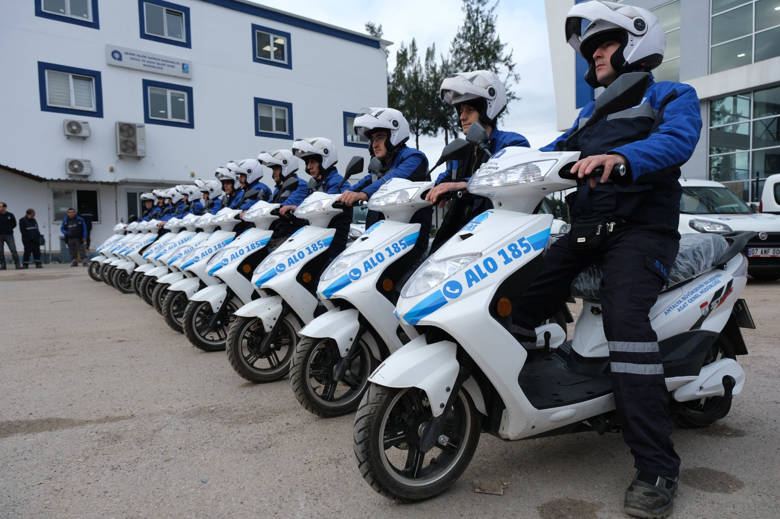 The electricity generates by the solar panels powers zero-emission motorcycles for workers in the municipality’s water and wastewater service.

Urban mobility and green transport are key pillars of any smart-city approach, and Antalya has embraced this through its photovoltaic energy production and storage strategy.

ASAT, the municipal water and wastewater management service, has deployed electric motorcycles to transport its technical staff around the city to investigate and repair problems as they arise.

Given that the efficient and effective management of water and wastewater is also at the heart of an effective smart-city development, this shows the extent of systemic integration in Antalya’s journey towards a smart city, and the need for sectors to work together towards a common goal. 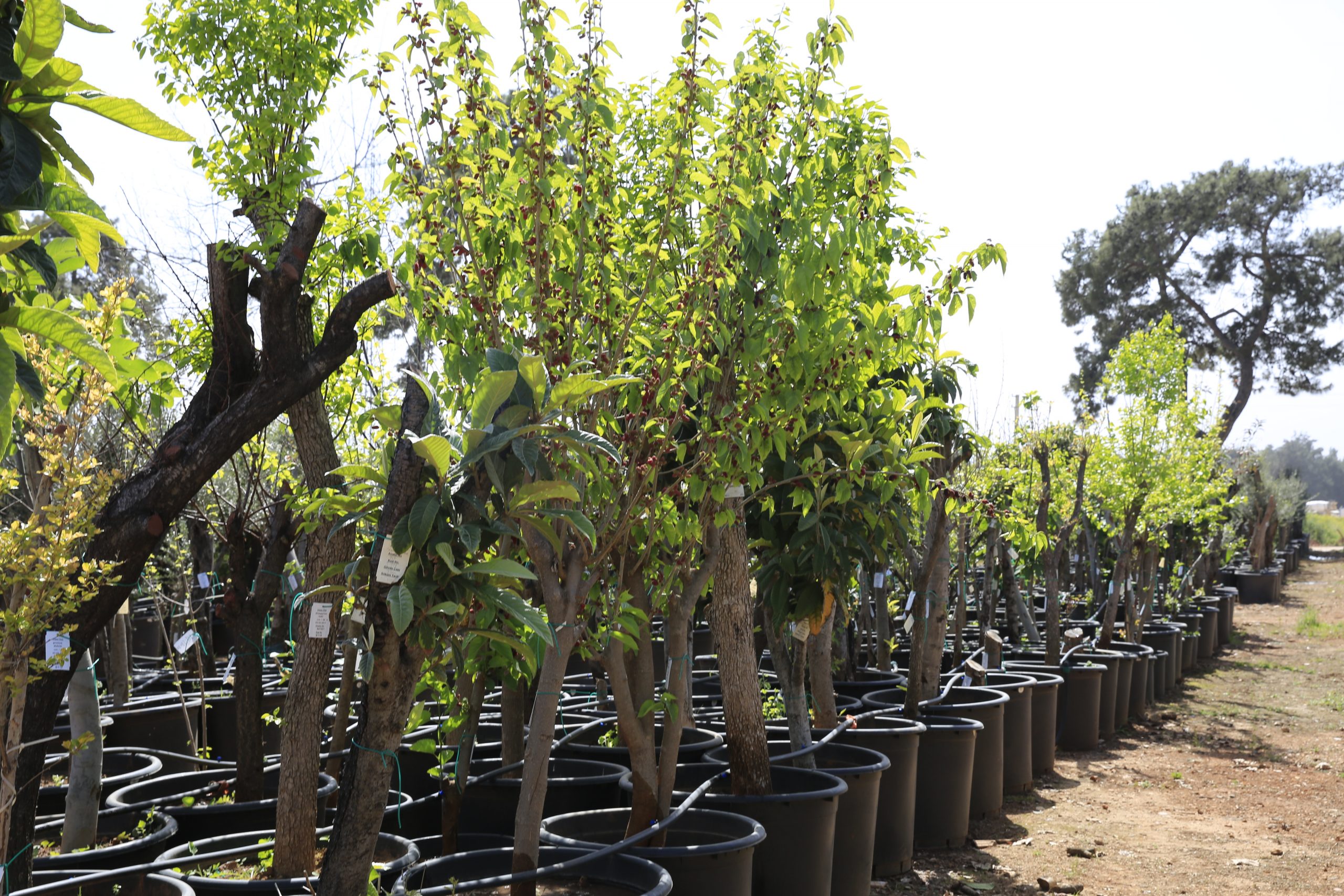 A tree nursery in the heart of the new community adds to its green character, growing trees for shade and recreation in the neighbourhood’s green corridor.

Around a fifth of the total 1.3 million m2 land area of Kepez Santral is dedicated to parkland, greenery and open space – providing a vital contrast to the imposing buildings that have sprung up in the revitalised district, and an opportunity for residents to meet, exercise and get some fresh air.

A neighbourhood tree nursery is the foundation of this strategy, providing young trees for planting that will grow, providing shaded zones, attracting biodiversity and absorbing carbon from the atmosphere – although with the Kepez Santral smart city furnishing so many energy-saving solutions to its residents, there will be substantially less CO2 for the trees to absorb! 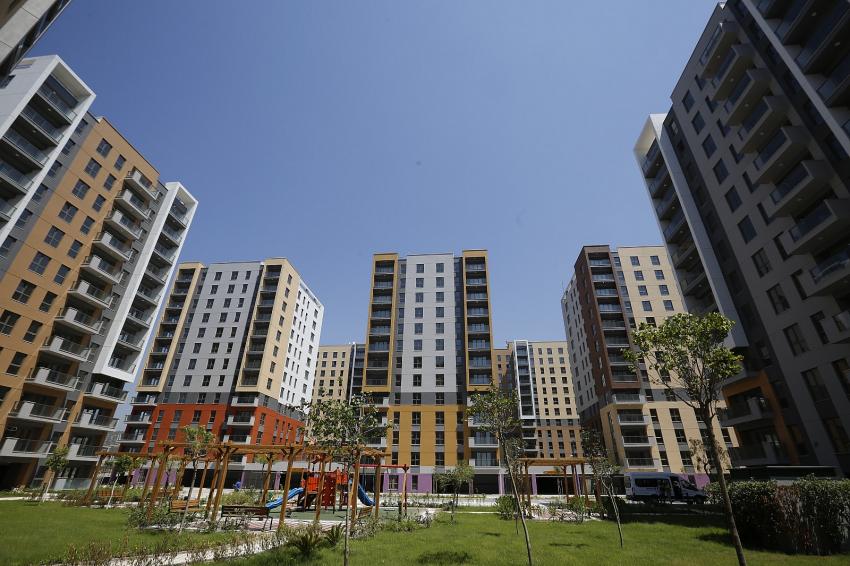 Kepez Santral demonstrates to other cities in Turkey and across Europe what can be achieved with a positive, integrated vision and commitment from all stakeholders to create a smart city fit for the challenges of the future.

The past five years in Kepez Santral have witnessed enormous changes, but the encouraging results demonstrate the potential of different stakeholders working together and planning long-term transformation in conjunction with local residents.

This pioneering joined-up approach combines infrastructure, energy, mobility, water, lighting, environment, security and health. It also gives citizens an active role in meeting the climate and environmental goals of this first half of the century. 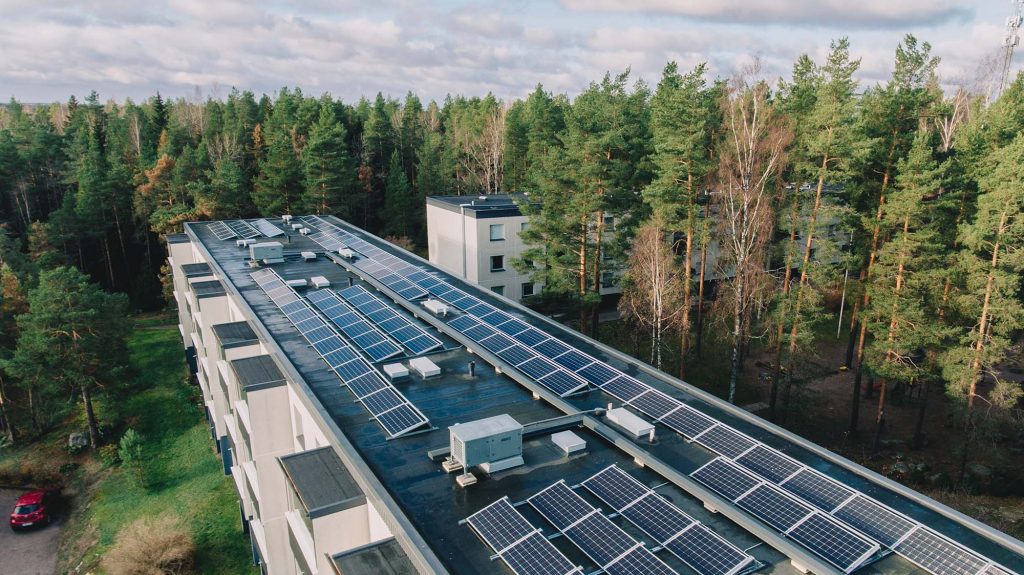 Learning by watching, improving by replicating

20 Apr 2022
Innovating in urban energy and transport is complex and risky, but the successes and failures of others can help cities navigate their own way to becoming smart and sustainable.